Blockchain technology offers many powerful use cases while promising the establishment of distributed autonomous organizations (DAOs) that may transform our current understanding of client-server interactions in cyberspace. They employ distributed consensus mechanisms that have been subject to a lot of research in recent years. While most of such research focused on the security and performance of consensus protocols, less attention has been given to their incentive mechanisms which relate to a critical feature of blockchains. Unfortunately, while blockchains are advocating decentralized operations, they are not egalitarian due to existing incentive mechanisms. Current consensus protocols inadvertently incentivize the centralization of mining power and inequitable participation.

This project explores and evaluates alternative incentive mechanisms for more decentralized and equitable participation. Borrowing from taxation literature in Economics, we propose three alternatives in which the reward scheme is more partial to low stakeholders either by providing transfers from rewards or increasing the rate of rewards for the ‘poor’. Through simulation, we test how existing PoS-based incentive mechanisms and our proposed alternatives affect the accumulation of wealth in the long run. We evaluate these mechanisms under different settings including various levels of reward rate, number of nodes, and initial wealth distributions.

The offered mechanisms could create adverse incentives for high stakeholders to hold multiple low-stake nodes to increase benefits from rewards. Therefore, we also propose a blockchain mechanism where selection to block generation relies on reputation-like scores as well as owned stakes. We also plan to employ Game theoretic models to explore the optimum reward schedule for low- and high-stakeholders.

This project is funded in part by US National Science Foundation. 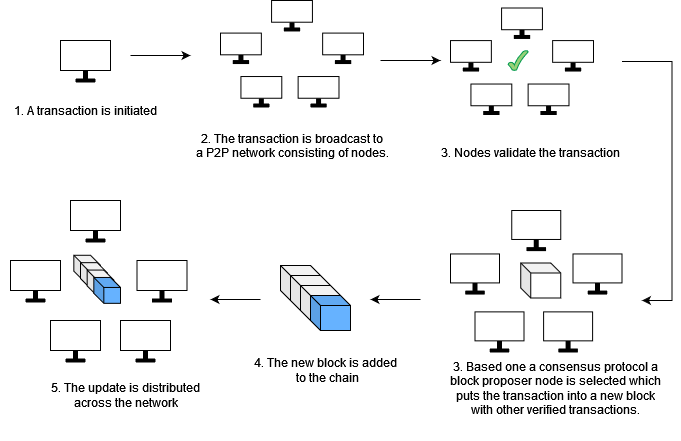